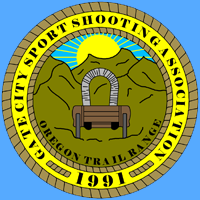 The Southern Idaho Rangers hold a shoot on the second Saturday of each month as weather permits (except December) in Gulleyville.

There are two Cowboy Action shooting clubs recognized by the GCSSA Oregon Trail Shooting Range.  They are The Portneuf Vaqueros, and the Southern Idaho Rangers.  See descriptions for each club below.

The Portneuf Vaqueros Cowboy Shooting Club is an affiliated club of SASS.  The Single Action Shooting Society is an international organization created to preserve and promote the Sport of Cowboy Action Shooting SASS promulgates rules and procedures to ensure safety and consistency in Cowboy Action Shooting matches and seeks to protect it’s members 2nd Amendment rights.  SASS members share a common interest in preserving the history of the Old West and Competitive shooting.  One of the aspects of SASS approved Cowboy Action Shooting is the requirement to adopt a shooting alias appropriate to a character or profession of the late 19th century, a Hollywood western star or an appropriate character from fiction.  Cowboy Action Shooting is a multi-faceted sport in which contestants complete with firearms typical of those used in the taming of the Old West.  It is a timed sport which shooters compete for prestige on a course of different shooting stages.  The Portneuf Vaqueros compete in the “Spirit of the Game” meaning you fully participate in what the competition asks.  You try your best to dress the part, use appropriate competition tools, respect the traditions of the Old West.  The Portneuf Vaqueros shoot the 3rd Saturday of each month in Gulleyville (except during the winter months).  Set up time is 8 am, safety meeting at 9 am and stages follow.Contact:Steve McClung - Alias “Varmit Hunter” 237-7521Rick Hillman - Alias “EL Jefe” 406-8501​